The Problem of Street Prostitution

This guide addresses the problem of street prostitution, focusing on female prostitutes and male clients. It begins by describing the problem and reviewing factors that contribute to it. It then identifies a series of questions to help you analyze your local problem. Finally, it reviews responses to the problem, and what is known about them from evaluative research and practice.

There are widely different perspectives on prostitution. Some view the prostitutes as primarily responsible for the problem; some view the clients as responsible, and the prostitutes as victims.§ Others view prostitution as a private matter in which the state should not intervene. Community morals and beliefs about how the law should regulate morality will affect how any particular community addresses street prostitution. This guide does not adopt any particular moral perspective: It is intended to objectively inform you and other policymakers about the effectiveness and consequences of various approaches to controlling street prostitution. Before discussing response options, a general overview of the problem is provided.§§

§ For example, in Sweden, prostitution is officially considered a form of sexual violence against women. Prostitutes do not risk legal penalties. The public strongly supports this policy, with an 80 percent approval rate (Eckberg 2004).

The following are among the many reasons why the police should be concerned about street prostitution. [1] 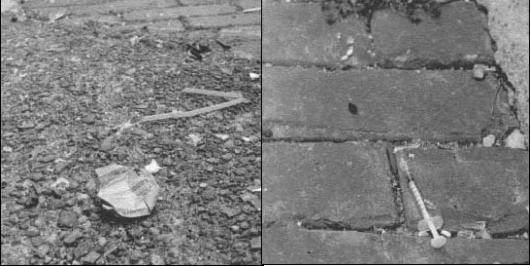 Understanding the factors that are known to contribute to your problem will help you frame your own local analysis questions, determine good effectiveness measures, recognize key intervention points, and select an appropriate set of responses for your particular problem. The literature on street prostitution provides a general picture of street prostitutes, clients, pimps, sexual transactions, areas where street prostitution thrives, and links between street prostitution and drugs.

Street prostitutes have lower status than indoor prostitutes. They are often in some state of personal decline (e.g., running away from abusive situations, becoming drug-dependent, deteriorating psychologically, and/or getting less physically attractive). [3] Most have social, economic, and health problems. Most first turn to prostitution at a young age, often before they are 18. [4]

Street prostitutes are not equally committed to prostitution: some are deeply committed for financial and lifestyle reasons; some are committed only due to drug dependency; and some are weakly committed, engaging in prostitution because it is the easiest way for them to make some money. Their inability to find adequately paying work elsewhere is the most common reason prostitutes give to explain their choice to work on the street. [5] Many prostitutes try to leave the streets, although they often return and then leave again. Most return to prostitution because their limited education and lack of skills make finding employment very difficult. Without a means to support themselves and their children, they may think staying on the streets is less risky than leaving prostitution. [6]

The typical street prostitute works six to eight hours a day, five to six days a week, and has three to five clients a night. [7] Street prostitutes' lives are organized principally around prostitution itself, and around maneuvering through the legal system. It is a cycle of engaging in prostitution, getting arrested, going to jail, paying fines, and returning to the street.

Some street prostitutes are highly mobile, traveling from one city to another, sometimes on a regular circuit, or when they think the risks are too high in one city or the money is better in another.

Although most sexual encounters do not involve violence, most street prostitutes report having been criminally assaulted at least once by clients. [8] A small percentage of clients are likely responsible for most of the violence committed against prostitutes. The pattern of violence in pimp-prostitute relationships is similar to that of domestic violence. Prostitutes do not report most assaults to the police because they either fear retaliation by pimps or believe the police will not take the matter seriously, or will charge them for soliciting. [9] Both prostitutes and those who assault them may believe prostitutes are not entitled to the criminal justice system's normal protections. [10]

Prostitution clients, typically referred to as "johns" or "tricks," are attracted to the illicit nature of the encounter, desire sex acts that regular partners do not provide, view sex as merely a commodity, and/or lack interest in or access to conventional relationships. [11] Others are drawn to the fact that no commitment is required, and view these interactions as less risky than having an affair. [12] Clients' decision to solicit a prostitute is influenced by availability of prostitutes, knowledge of where to find them, access to money, perceived risk of getting caught or contracting disease, and ease of securing services. Clients gather such information in a variety of ways: from trial and error; from personal recommendations from others (including friends, bartenders, taxi drivers, and hotel workers); and, increasingly, from information posted on internet websites.

Somewhere around 10 to 20 percent of men admit they have paid for sex, but only about 1 percent pay for sex regularly. [13] While this is still a large number of potential clients, it is considerably lower than some earlier estimates based on flawed research methods. The characteristics of men arrested for soliciting vary considerably and do not form any clear patterns. [14] Many seek to rationalize their conduct to themselves and others. When stopped by police, clients often try to justify their behavior by telling a sob story of personal loss, or will admit to cruising but not soliciting, stating they were just curious. [15] Others resist the idea that prostitution is immoral.

Clients are more easily deterred than prostitutes. [16] They are more readily ashamed of their behavior, and fear harming their public reputation or their standing in their personal lives. Consequently, they fear being identified publicly more than being fined for their conduct.

It is unclear what percentage of street prostitutes have pimps; prostitutes are reluctant to talk to anyone about their pimps, and it is difficult for police to make cases against pimps. Pimps recruit and socialize prostitutes into the prostitution subculture by appealing to either their desire for money or their desire for what they believe will be a glamorous and exciting lifestyle. [17]

Pimps seldom procure clients for prostitutes, because clients do not typically want to associate with anyone other than the prostitute. Pimps do not offer prostitutes much protection against client violence, but do offer them protection against assault by other pimps.§ Although classic pimp relationships still exist in both the United States and the United Kingdom, many men with serious drug addictions force their girlfriends into prostitution to support their drug habits. [18]

§ One study found, however, that women with pimps experienced higher levels of client violence than those without pimps. Women with pimps tended to work in more dangerous areas and take more risks because of pressure to earn a certain amount of money (Norton-Hawk 2004).

Pimps use violence and drug dependency as means to control prostitutes. Many pimps resemble the batterers in domestic violence situations, and women under their control often react similarly to domestic violence victims. [19] They may express love and admiration for their pimps and may feel they deserve the violence. Pimps control both their freedom and their finances. By some estimates, pimps take 60 to 70 percent of prostitutes' earnings.

The prices for sex acts vary a little from community to community. Depending on how desperate the prostitutes are for money, they typically charge $20 to $50 for oral sex, and $50 to $100 for sexual intercourse. Among crack-addicted prostitutes, the price can be as low as the market price for a single rock of crack cocaine. The typical sexual transaction takes around 10 minutes in a vehicle (usually for oral sex), and around 25 minutes indoors.

Street prostitution areas are typically small, less than a square mile. Larger cities usually have several such areas. They are typically industrial sites; declining residential areas; those near major thoroughfares, including tunnels, bridges, or airport access roads; or those near transportation hubs, such as train and bus stations. Street prostitution flourishes around convention centers and hotels, especially when mostly male conventions are held. 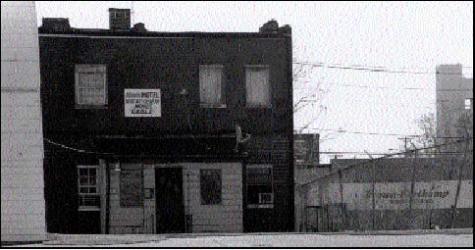 Street prostitution often thrives in areas where there are cheap motels and hotels. Credit: Bob Heimberger

Prostitutes usually take clients to places that minimize the risk of violence and ensure that transactions occur without incident. [21] These places are often near the street where the negotiation occurred so that the amount of time required for each transaction is limited. Most are out of sight of passersby but not so secluded that prostitutes will be unable to attract attention if they need help. 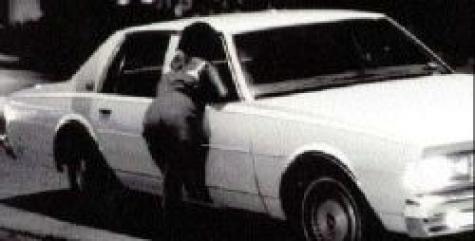 Street prostitution thrives along roads where prostitutes can talk to drivers from the curbside. Credit: Bob Morris

Links Between Street Prostitution and Drugs