POP Center About Us

What Is Problem-Oriented Policing? 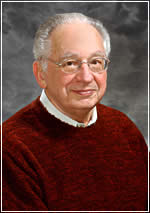 Problem-oriented policing is an approach to policing in which discrete pieces of police business (each consisting of a cluster of similar incidents, whether crime or acts of disorder, that the police are expected to handle) are subject to microscopic examination (drawing on the especially honed skills of crime analysts and the accumulated experience of operating field personnel) in hopes that what is freshly learned about each problem will lead to discovering a new and more effective strategy for dealing with it. Problem-oriented policing places a high value on new responses that are preventive in nature, that are not dependent on the use of the criminal justice system, and that engage other public agencies, the community and the private sector when their involvement has the potential for significantly contributing to the reduction of the problem. Problem-oriented policing carries a commitment to implementing the new strategy, rigorously evaluating its effectiveness, and, subsequently, reporting the results in ways that will benefit other police agencies and that will ultimately contribute to building a body of knowledge that supports the further professionalization of the police. Herman Goldstein (2001)