How Widespread are Risky Facilities?

The first paper to discuss the concept of risky facilities identified nearly 40 studies of specific types of facilities that included data about variations in the risks of crime, disorder, or misconduct.3 These studies covered a wide range of facilities and many different types of crime and deviance, including robbery, theft, assault, and simple disorder. All the studies showed wide variations in risk in the facilities studied and in many there was clear evidence of high concentrations of risk consistent with the definition of risky facilities.§ There follow a few examples.

§ Not every study provided clear evidence that a small proportion of the facilities accounted for a large proportion of the crime, disorder, or misconduct. Rather, some reported differences between facilities in crime numbers or rates; for example, Matthews, Pease & Pease (2001) [PDF] reported that "4 percent of banks had robbery rates four to six times that of other banks." Although consistent with the concept of risky facilities, these figures do not satisfy a key component of the definition: they do not demonstrate that a small number of high-risk banks accounted for a large part of the robbery problem. However, this does not mean that risks for the facilities studied were not highly skewed. Rather, it only means that the data did not allow the distribution of risk to be examined.

Although the studies in this list are just a few of those that have produced evidence of risky facilities, such results make it clear that this form of crime concentration is quite widespread. 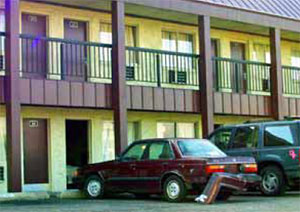 When analysts plot the number of crimes at each facility under investigation, they almost always create a graph with a reclining-J shape. This can be seen in the example in Figure 1, based on the work of crime analysts in Chula Vista, California. In that study, all parks over two acres in Chula Vista were ranked from the most crime (on left) to the least. The heights of the bars show the number of crimes in each park. As can be seen, three parks had far more crime than any of the rest and most parks had very little crime. 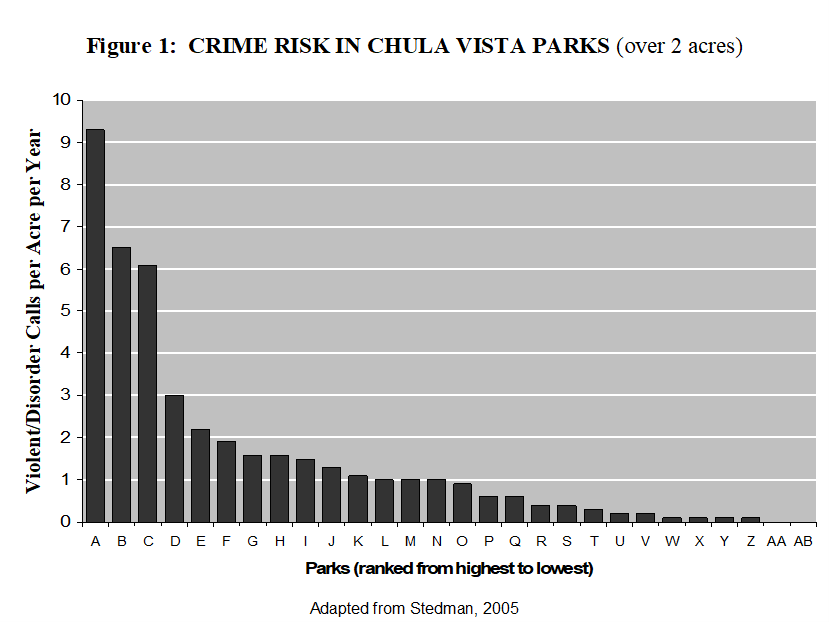