The Problem of Loud Car Stereos

This guide addresses the problem of loud car stereos, one of the most common sources of noise complaints in many jurisdictions.† The guide begins by describing the problem and reviewing factors that contribute to it. It then identifies a series of questions that might assist you in analyzing your local problem. Finally, it reviews responses to the problem and what is known about these from evaluative research and police practice. Throughout this guide, the term loud car stereos is used as a shorthand way of saying car stereos that are played loudly. The problem is attributable mainly to the use of special stereo equipment capable of producing extremely loud sound, rather than factory-installed stereo equipment.

† Sound, noise and annoyance are not the same thing. Sound is merely a physical property entailing sound waves. Noise is unwanted sound. Annoyance is the negative feeling one gets from being exposed to noise. Sound can be measured in terms of its pressure, frequency, variation, character, and quality. Annoyance is a subjective measure.

Most jurisdictions have some form of noise law that regulates loud car stereos. Police are concerned about loud car stereos for two main reasons: 1) they annoy some people, and 2) they inhibit drivers' ability to hear emergency signals on the road. This guide focuses on the annoyance aspect of loud car stereos, rather than the safety aspect, because there is not much published research and practice related to the latter.†† Loud car stereos can also make another noise problem worse: they can activate some car alarms. In some jurisdictions, drug dealers advertise by cruising neighborhoods with the car stereo turned up loud. In most jurisdictions, the problem of loud car stereos falls to the police to address, primarily because enforcement carries the risk of violent confrontation.†††

†† Police in Prince William County, Virginia, demonstrated through controlled tests that loud car stereos impair drivers' ability to hear emergency vehicle sirens, and concluded this is a serious aspect of the problem (Smith 2000).

††† At least in the United States, noise control has become almost exclusively a matter for local authorities since the federal government drastically cut back funding for noise control in the early 1980s (Sickler-Hart 1997[Full text]; Lief 1994; Schultz 1999; Sedgwick 1991[Full text]).

The problem of loud car stereos is more widespread than a simple tally of complaints would reveal. Perhaps only 5 to 10 percent of people bothered by any type of noise will file an official complaint, because other factors influence people.1 Many citizens are not aware of their legal right to quiet and do not know where they can register a complaint.

Consequently, the volume of official complaints about loud car stereos might indicate the existence of a problem, but not necessarily how intense or widespread it is.

Factors Contributing to the Problem of Loud Car Stereos 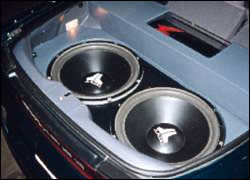 Playing car stereos loudly can be an act of social defiance by some, or merely inconsiderate behavior by others. For yet others, it is a passionate hobby, an important part of their cultural identity and lifestyle. Judging by the sales marketing of car stereo manufacturers and dealers, the interest in car stereo competitions† and the sums of money spent on car stereos, police are confronting a popular and lucrative phenomenon. It is not easy to change the behavior of those who see loud car stereos as an important part of their lifestyle.

Overexposure to noise is now understood to have a number of negative health and behavioral effects.4 Loud car stereos most obviously affect the car occupants' hearing. Noise from a variety of sources, including loud car stereos, can cause hearing loss, disturb sleep, increase stress, make people irritable, and make naturally aggressive people more aggressive. It can make people less likely to help others, and less likely to sit outdoors or participate in social activities. It can compel people to move out of neighborhoods they otherwise like, and thereby depress property values. Some people, such as schoolchildren, hospital patients and the mentally ill, are especially harmed by exposure to loud noise (although loud car stereos may not be a major noise source for these subpopulations).5

How annoyed people get about noise depends on a number of factors,6 including the following: 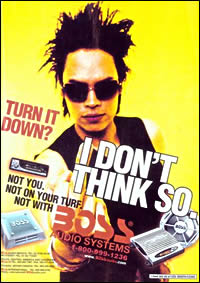 Applying these factors to loud car stereos, you can see how the same sound can affect people quite differently: some will enjoy it,† while others will hate it.

† Extremely loud music may actually increase adrenaline in some listeners or cause fluids in the ear to shift, either of which can create a pleasurable dizziness and euphoric feeling (Sedgwick 1991[Full text]; Cooke and McCampbell 1992). Obviously, complainants experience no such pleasure.

Police are also frequently called upon to address other sources of noise, each calling for its own analysis and responses. Among the related problems not covered in this guide are:

The traffic safety concerns created by playing car stereos loudly are similar to those associated with other forms of inattentive driving, including the use of cellular phones while driving.