The Problem of Check and Card Fraud

This guide describes the problem of check and card fraud, and reviews factors that increase the risks of it. It then identifies a series of questions to help you analyze your local problem. Finally, it reviews responses to the problem, and what is known about them from evaluative research and police practice.

The guide covers fraud involving (1) all types of checks and (2) plastic cards, including debit, charge, credit, and “smart” cards. Each can involve a different payment method. While there are some obvious differences between check and card fraud, the limitations and opportunities for fraud and its prevention and control by local police are similar enough to warrant addressing them together. Furthermore, some cards (e.g., debit cards) are used and processed in a similar way to checks, and electronic checks are processed in a similar way to cards, so that the traditional distinction between cards and checks is fast eroding. Table 1 summarizes the essential differences between check and card fraud.

In 2009, financial theft researchers reported a 22% increase in financial fraud crimes from the previous year, affecting approximately 9.9 million Americans.[1] Costing consumers an estimated $50 billion annually, the complexities of keeping information secure in a digital world has prevented law enforcement and private businesses from getting a grasp of fraud offenses.[2]

For card theft specifically, approximately 40% of victims of financial loss due to fraud reported in 2014 knowing how their personal information or cards were compromised.[4] This is consistent with other fraudulent reporting by researchers and private businesses that approximately 70% of identity theft resulting in financial losses occurs by insiders (e.g., persons with legal access to identifying information).[5] The volume and variety of scams to obtain a person’s financial information (e.g., phishing, charity scams) further perpetuates the collections and exploitation of financial accounts.

Apart from the obvious financial loss caused by check and card fraud, it is a serious crime that requires preventive action. It affects multiple victims and significantly contributes to other types of crime. At an elementary level, fraud is easy to commit, and the chances of apprehension and punishment are slight.† Thus check and card fraud is an ideal entry-level crime from which people may graduate to more serious offenses. Other crimes that either feed off check and card fraud or facilitate its commission include the following:

† In a Montreal study, the success rate with a totally counterfeit card was 87 percent, and with an altered card, 77 percent. At checkout, the average success rate was 45 percent, although in most of the cases where the sales clerk rejected the card, the offender simply walked away, without being accosted (Mativat and Tremblay 1997).

‡ In 2002, the Federal Trade Commission reported that the main motives for identity theft were as follows:

§ Thefts from cars may increase as a way to get credit card and personal information if other opportunities to get such information are blocked by improved security measures in the manufacture and processing of plastic cards and checks (Levi 1998). However, in other studies, this “displacement” does not always occur, even within card fraud itself—for example, from using stolen credit cards to counterfeiting cards (Mativat and Tremblay 1997).

Plastic-card technology has continued to evolve. Issuers now offer both debit and credit services on one card, with all cards having encrypted chip technology, requiring a personal identification number (PIN) for each transaction. Paperless or electronic checks are increasingly used in business-to-business transactions, as well as monthly payments for individual expenses (e.g., rent or mortgage, car payments). Criminal use of these different products involves a wide range of skills, activities, and financial investment. The type of fraud will depend on the points of vulnerability targeted in the delivery of services, as outlined in Table 1.

Illegal Acquisition of Checks and Cards

The following are some of the ways offenders illegally acquire checks and cards:

Illegal Use of Checks and Cards

The following are some of the ways offenders illegally use checks and cards:

† Levi (1998) has noted that one in five street robbers in London obtain credit or debit cards from their victims.

‡ Although banks have limits on daily cash withdrawals, the use of multiple cards/accounts make ATM cash thefts attractive to many organized rings. 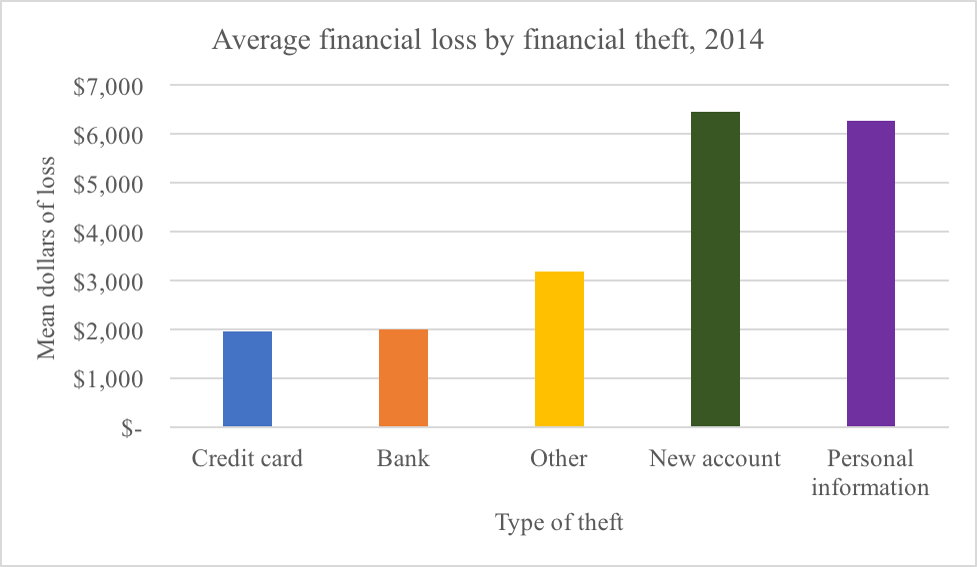 Perhaps the biggest problem for police is that people rarely report check and card fraud to them.§ In one recent study, only one in four incidents of check and card fraud were reported to the police.[20] It is very likely that you have a check or card fraud problem in your area, but do not know about it. Many credit card issuers promise zero loss to the user if the card is lost or stolen and illegal are charges made. Thus, if cardholders do not suffer financially, they may have less motivation to report the offense to the police. With the increase of offenses, and the fear of being victimized again by account holders with fraudulent claims, banking institutions commonly request for victims of card fraud to file a report with local police. Some police departments capture these reports as a courtesy report for insurance purposes, rather than criminal events, which may minimize departmental awareness of fraud trends. Merchants are also reluctant to report fraud, or even to use fraud prevention techniques at checkout, for fear that it will slow down the purchasing process and negatively affect sales or reputation.[21] Thus, fraudsters think their chances of getting caught are very slim. One study reported that some 80 percent of respondents thought it was easy or very easy to carry out credit card fraud.[22]

§ Over 90 percent of people report their lost or stolen card to the card issuer within one day. They rarely, however, report their loss to the police, unless it results from a crime such as pickpocketing, burglary, or mugging (Levi and Handley 1998a).

The situation with check fraud is slightly different. Some banks hold the account holder liable for loss. The merchant who accepts the check may also be held responsible, since the bank simply refuses to honor the check if it detects a forgery. (Thus, retailers—especially North American supermarkets, where check cashing is a common service—are often more willing to cooperate with police or develop their own security procedures concerning check fraud.) It is not uncommon for some conflict to arise between merchants and banks as to who should bear the loss.[23] This is a serious problem because, as we will see, cooperation among competing merchants and between merchants and banks is central to preventing and reducing check and card fraud.[24]

Banks, some retail stores, and supermarket chains commonly prefer to deal with merchandise loss, employee theft, shoplifting, and check and card fraud internally.[25] There are three significant reasons for this preference:

The check and card fraud that businesses do report to the police is usually committed by repeat or “professional” fraudsters. Or, for whatever reasons, the in-house security wants to transfer responsibility to the criminal justice system.

Understanding the factors that contribute to your problem will help you frame your own local analysis questions, determine good effectiveness measures, recognize key intervention points, and select appropriate responses. You should be aware that a majority of check and card fraud is due to factors beyond police control. Such factors include the following:

Although police face these and other obstacles when addressing check and card fraud, there is much that can be done.

† A traditional credit card purchase goes something like this: At checkout, the customer gives the card to the sales clerk, who runs it through the computer to check whether the account is legitimate. The clerk then checks whether the customer is the person named on the card (usually by comparing signatures, which are not an especially reliable form of identification, by the way). In a face-to-face situation, the clerk can try to verify the customer’s identity. However, with telephone and online purchases, there is no direct way to do so.